Elton John pulled out (so we got to play). 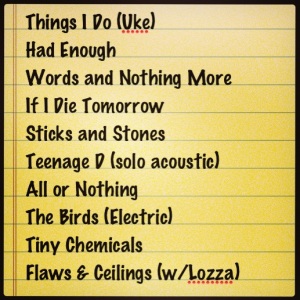 Writing the set-list on the Victoria line… 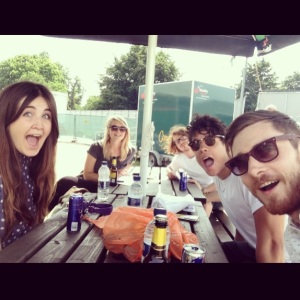 Getting ready to go onstage at Hyde Park.

‘While there’s air in my lungs and there’s feet in my shoes’.

Watching Elvis Costello. What a guy.

…she drank too much sprite and started imitating the Queen! 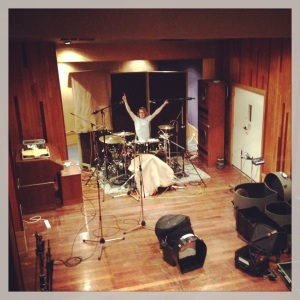 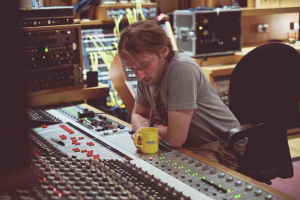 …and Mister Richard Wilkinson in the hot seat. 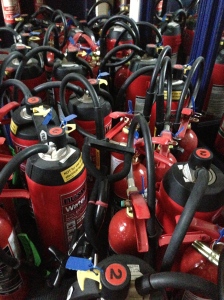 Week 28 – Holding On.  This one tends to come up in interviews when I get asked the old “were there any weeks when you were really struggling?” question.  I didn’t start writing it until 4pm on the Thursday (before releasing it on the Friday) and while I think that shows, I still really love something about it.  As ever, here’s the blog… and here’s the song: