3:57am and I’m FINALLY starting to write up the #FrankMerchComp results…

If you say that really slowly in a deep, American accent it sounds dramatic. Try it!!

As per usual with #OneBlogaWeek, I haven’t quite found the time to do this how I wanted to but never the less we’re here… and so are the winning designs – all of which will feature on some form of Frank Hamilton (that’s me – hi) merchandise over the coming months!

FYI – Some of the items have yet to be decided (eg: some designs might be on a postcard and others might be on a t-shirt), but for now here are the winners…

James Turton. (design will change. to be done on computer). 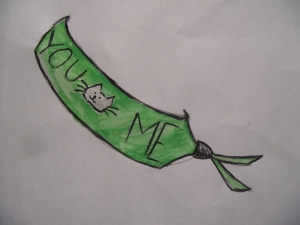 Nina. (the design will change but the idea remains).

As I said above, we’ve yet to confirm exactly what these items will become. One or two will definitely be t-shirts and the others will either be postcards, stickers, prints or maybe even an iPhone cover (thanks to April Nash’s idea).

There were also one or two other designs I REALLY liked that may get used in some way but obviously if that happens I’ll let you know.  For now (and seeing as this is a bit of rush job), I only wanted to post the ones I’m 100% certain will get turned into something you can hold 🙂

Thanks again to everyone who entered. PLEASE don’t be disappointed or disheartened if your design wasn’t one of the ones above – the standard’s been absolutely incredible and if I could have chosen 20 designs I would have done!

Anyway, more news on all this in a few days time once we’ve made some firm decisions (feel free to pitch in as per usual)!

Finally, my first ever music video was released on Friday and had over 5,000 views on day 1!!  I’m really proud of it, so hopefully you’ve got a few minutes to have a watch and maybe share the link for all your friends / family to see…